Nothing matches your search. Check the spelling or try a broader search term. 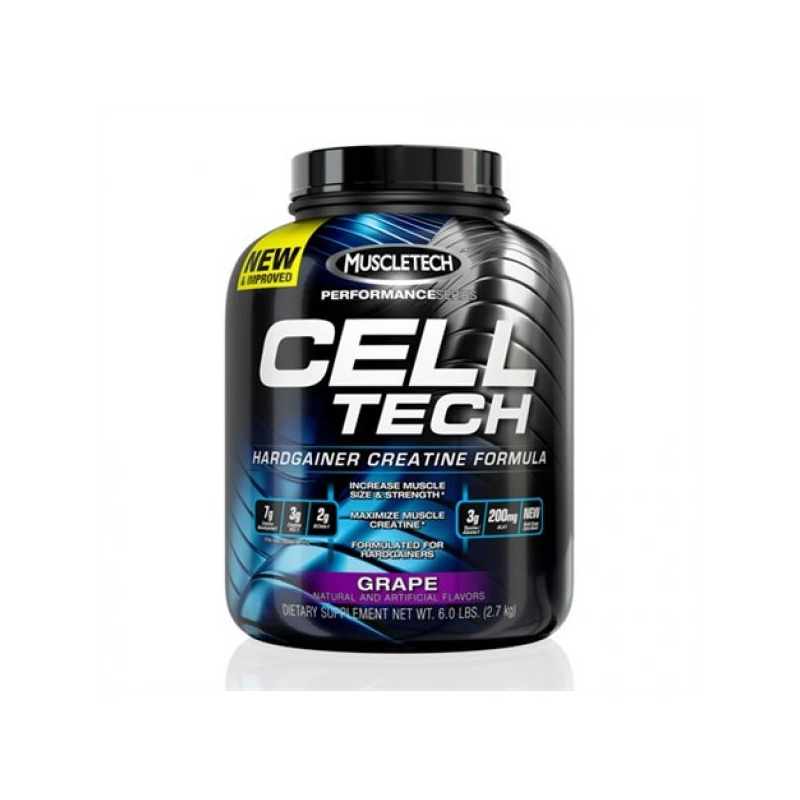 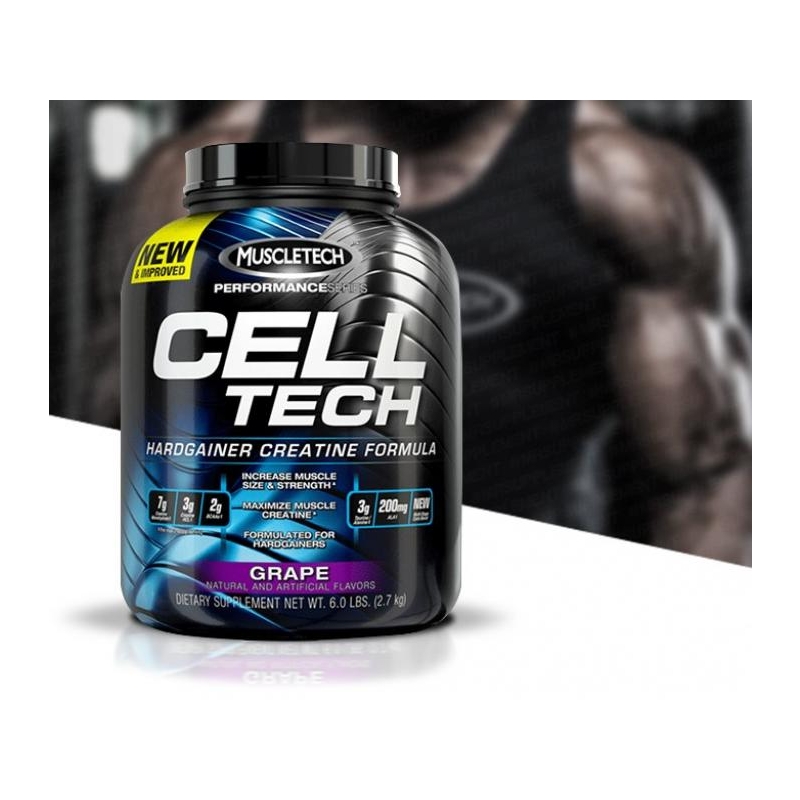 CELL-TECH is a creatine formula that delivers a multi-stage combination of carbohydrates that forces a powerful insulin spike post-workout. The powerful carbohydrates trigger insulin output, enabling it to shuttle the massive 10g dose of creatine and other nutrients straight into the muscle. CELL-TECH contains a full 200mg dose of alpha lipoic acid (ALA). Research suggests that ALA helps improve the absorption of creatine and glucose into the muscle cell through specialized transporters. The transporters and increased muscle cell sensitivity allows insulin to rapidly replenish creatine and glycogen stores, facilitating glycogen super-compensation and an intense muscle-expanding effect. CELL-TECH also contains free-form amino acids that aid in this dramatic cell volumization!

WHO SHOULD USE IT
CELL-TECH can be used by active men, women, fitness enthusiasts, high-performance athletes, powerlifters, crossfitters and bodybuilders. CELL-TECH is particularly effective for hardgainers – lifters who have trouble putting on size.
Get more for your money: Unlike the competition, Performance Series products contain superior key ingredients in clinically dosed amounts that are fully disclosed so you know exactly what you are paying for. Best-in-class taste: Every flavor of Cell-Tech won in head-to-head third-party taste tests against leading competitors.

If you’ve been taking straight creatine, it’s really just the tip of the iceberg. MuscleTech® Researchers knew this and, after years of testing, created CELL-TECH™ – a true third generation creatine formula that harnesses the power of insulin. CELL-TECH is so powerful that it has not only stood the test of time, but has become legendary for its ability to pack on muscle mass, size and strength like no other creatine formula before or since.

THE MOST POWERFUL CREATINE FORMULA

CELL-TECH is a scientifically engineered hardcore creatine formula that is patent-protected and contains core ingredients supported by numerous clinical trials. Each two-scoop serving of CELL-TECH delivers 7g of HPLC-certified creatine monohydrate and 3 grams of creatine HCl. This dose of creatine is far higher than most creatine products, and yet those creatine products don’t utilize a delivery system! Ask yourself, how much creatine from these untested formulas is actually making its way into your muscles?

The fact is, based on available published research, CELL-TECH is the fastest acting, most powerful musclebuilding creatine formula ever developed, and once you see how dramatically and rapidly CELL-TECH can help transform your physique, you won’t want to consider using anything else!

CELL-TECH is protected by more patents than most other supplement brands have on their entire line! 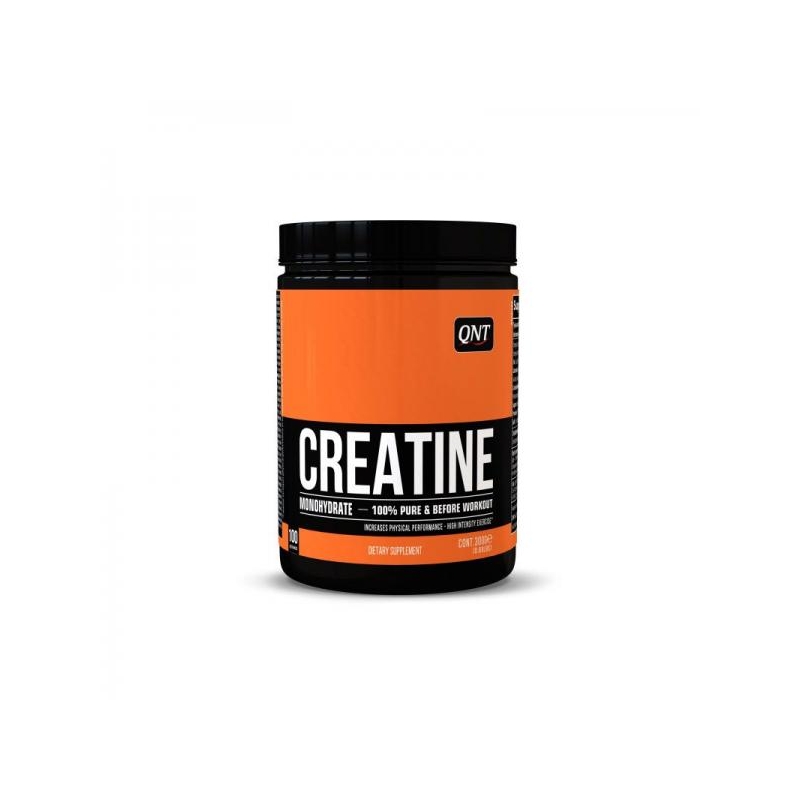 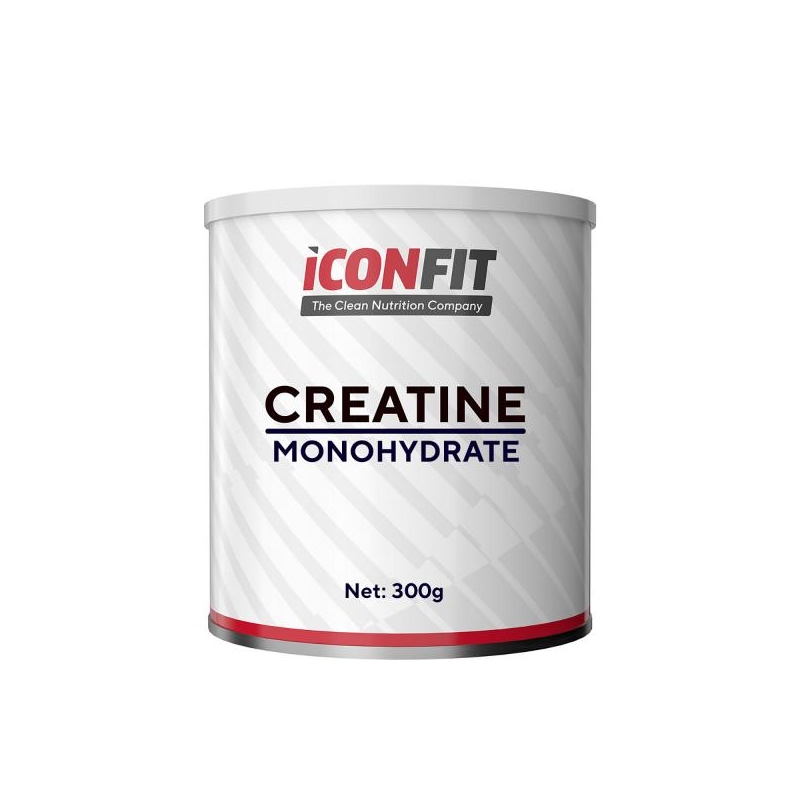 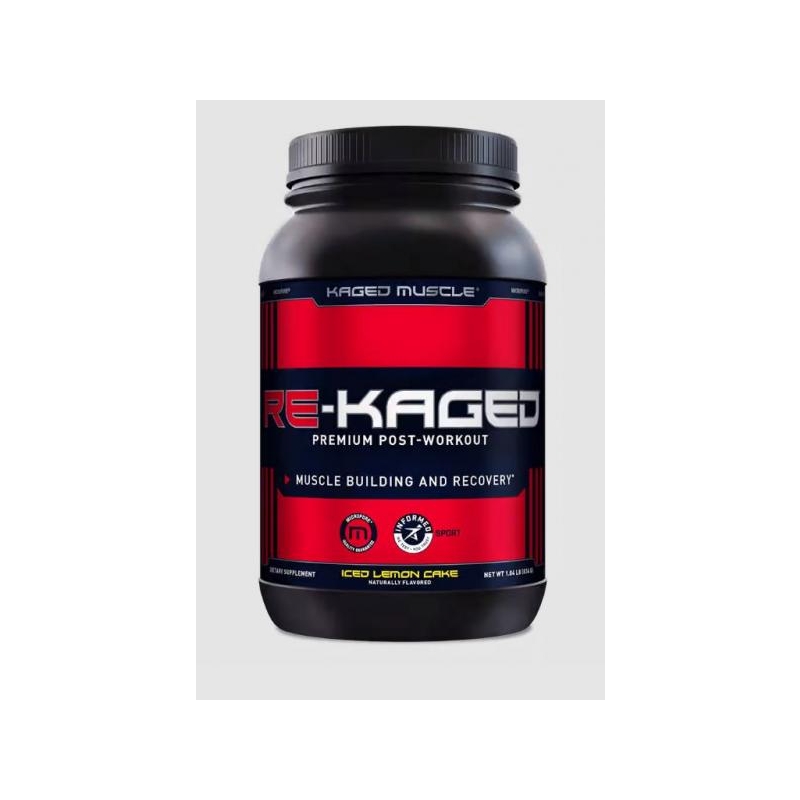